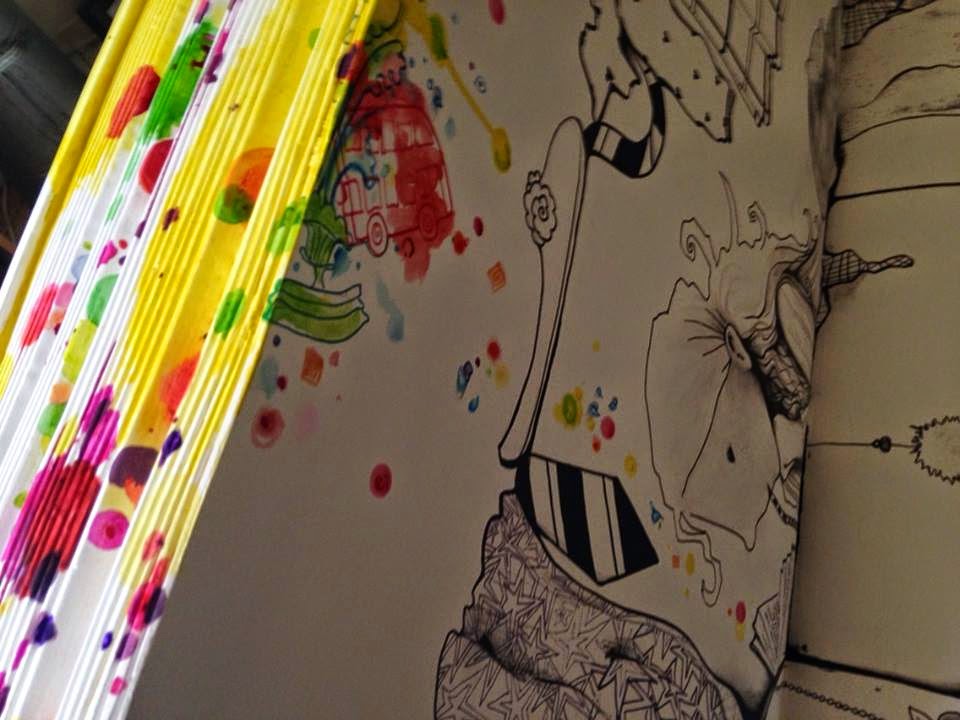 I really am awful at finishing a story off. This one has been going one for nearly six months and it still hasn't come to a conclusion. I can never deal with endings. I wonder what deep psychological scar I'm avoiding looking at? Hmmm. But, that's another post, another drawing, hey, another book! 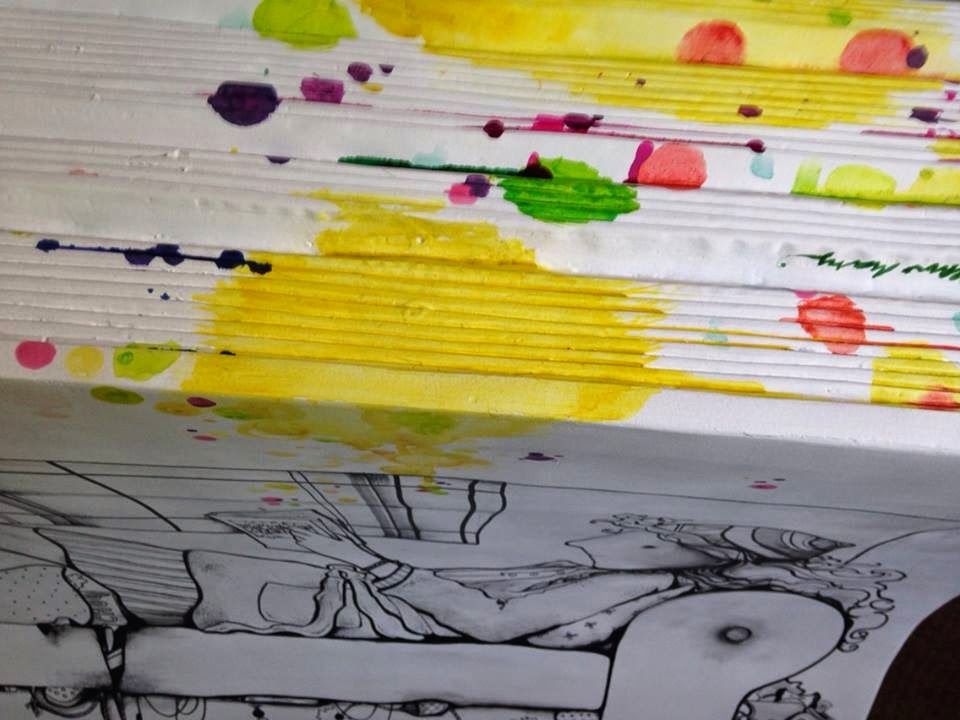 So, when we last caught up with my bookbench, my girl, she was finished - all apart from a little colour that I added, and a few more doodles. Less is never more around here. Why stop when you can just keep on going and going? (Go Sober For October really is making me look at my addictive behaviour, it seems). 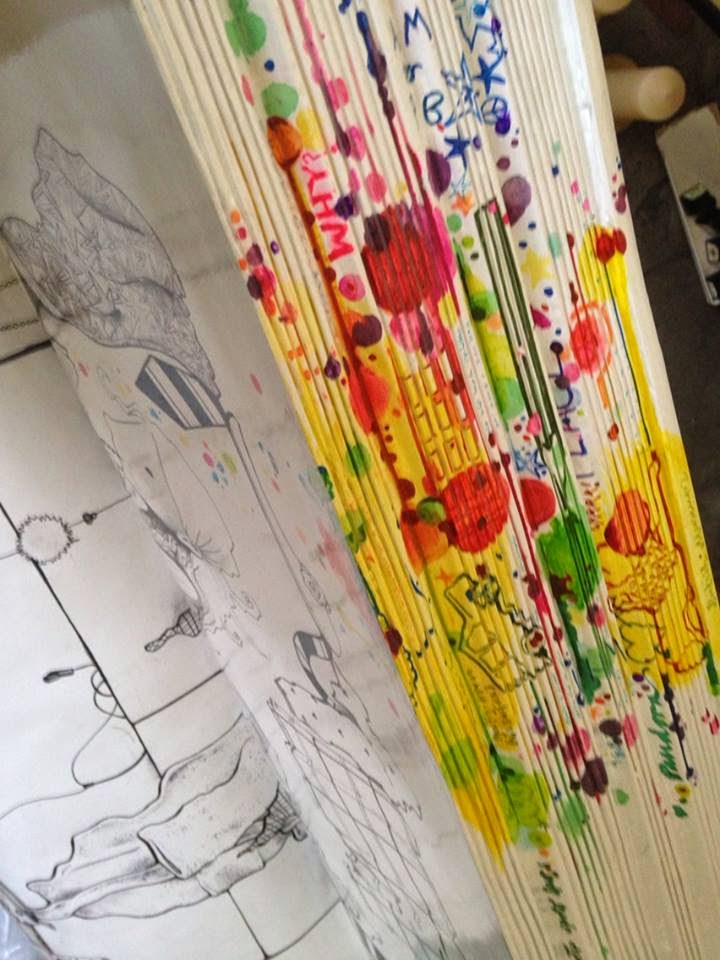 When I'd thrown as much colour and doodles at her, it needed to be finished with a coat of hardcore resin/varnish. That bit was done at 2am the night/morning before she was being picked up. It was meant to have been done four days before (I didn't realise that until 2am when I finally read the tin) but, shhhh, don't tell anyone. And, anyway, I couldn't have lived with the small of that resin for four days. I'd have been as high as a kite. 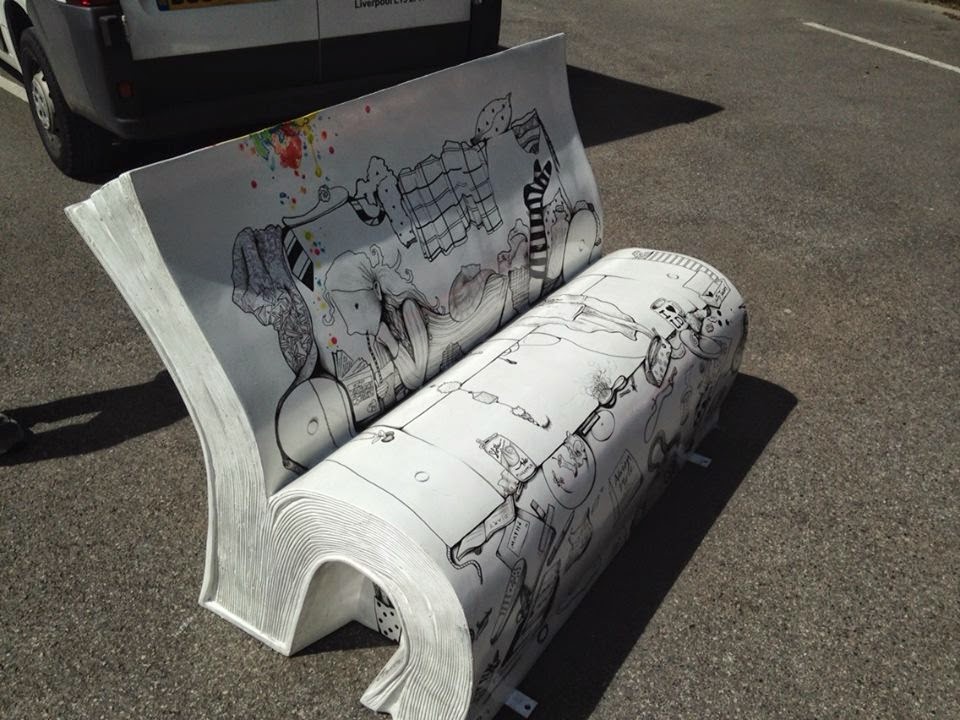 And then they came to take her away. After a rather undignified exit from my house which included a door being removed and a washing line being snapped - she just didn't want to leave - she was off. 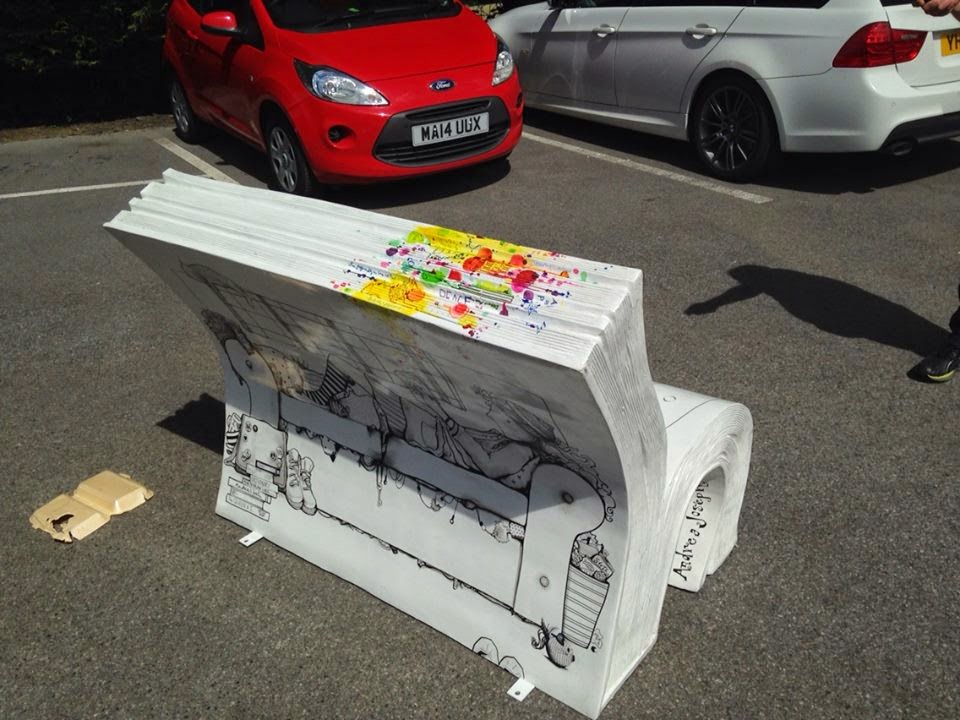 After dominating my living room for the past few months she suddenly looked so small. She looked tiny, out there, in the big wide world (car park). Aw. 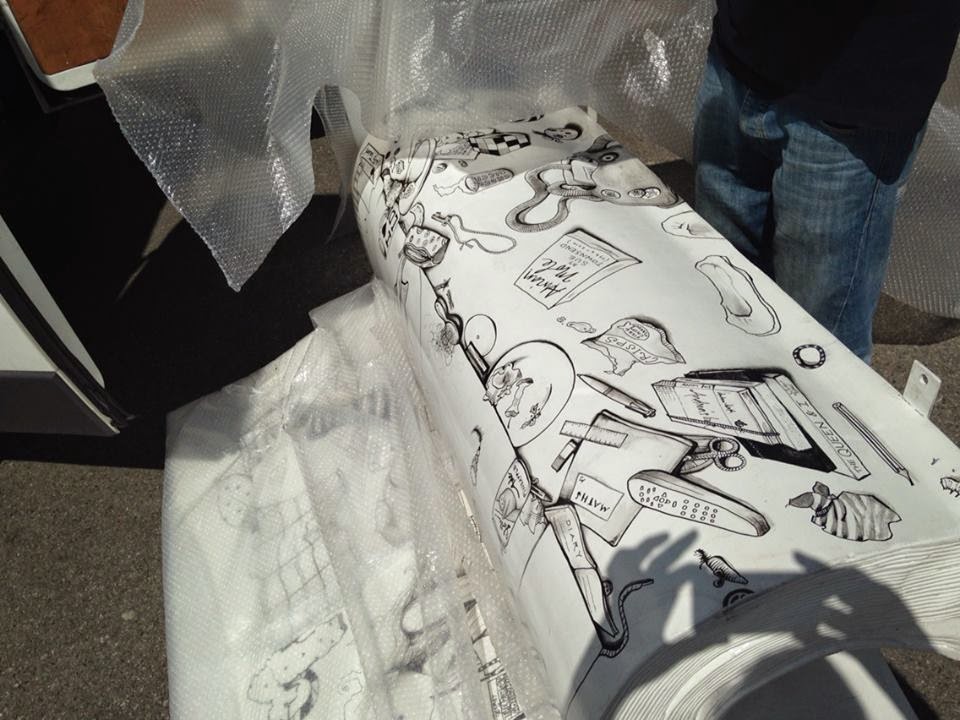 She was carefully and lovingly wrapped then bundled into the back of a van and off to find her new home in the big city. In the Big Smoke. 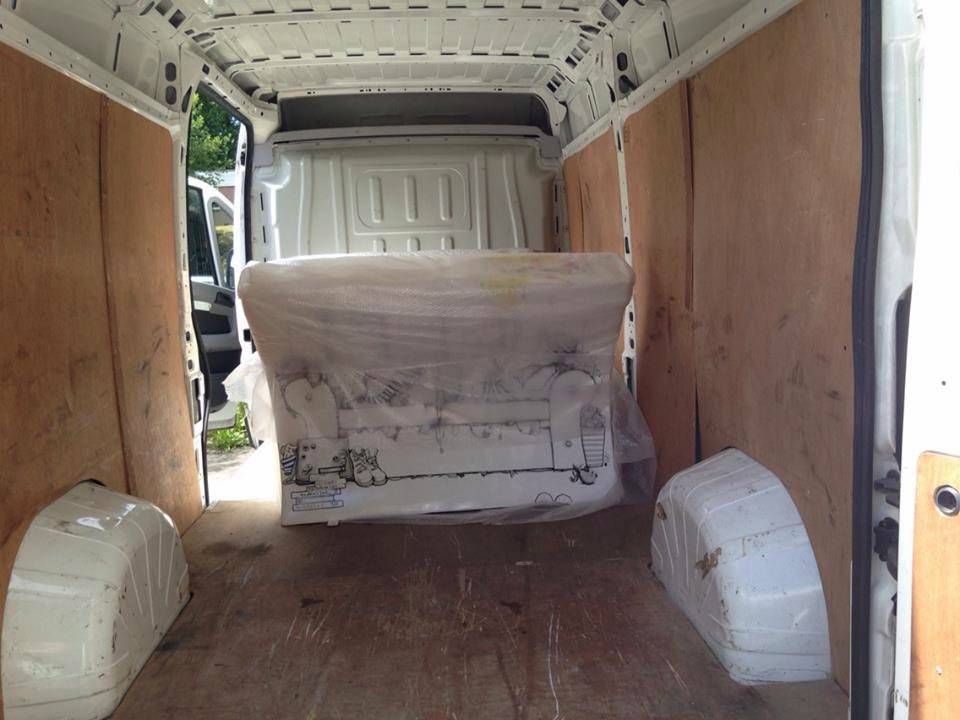 Well, not quite. Because, yes, she did make her home in London, for the summer, but it was in a rather lovely, green, little churchyard in Greenwich. I even got to go and visit her. 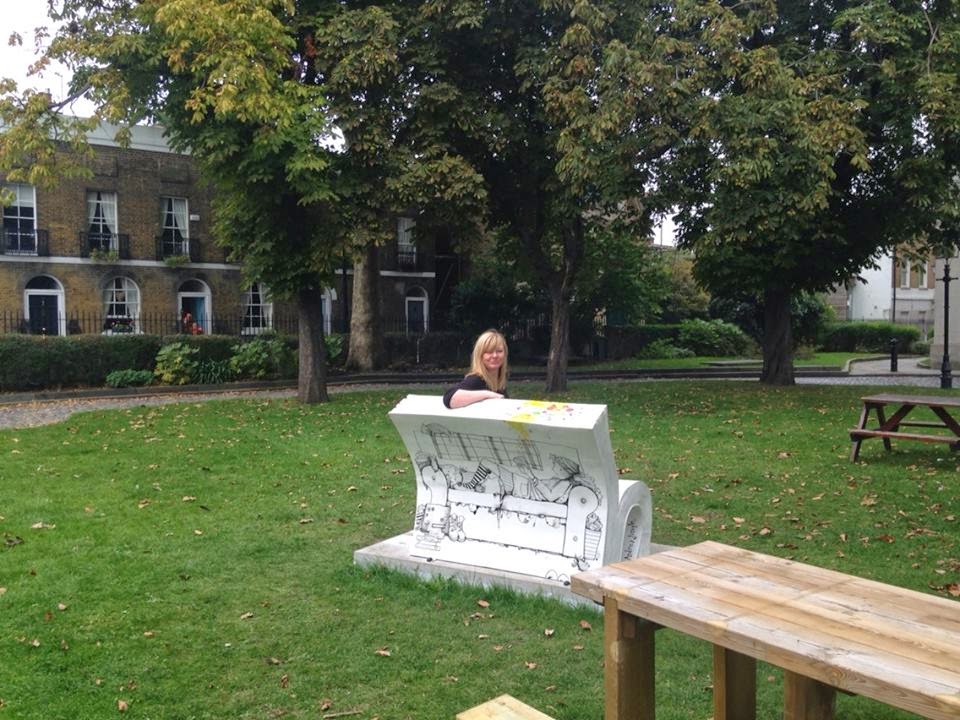 And, not just once, but twice. Yesterday, I went to say a final farewell, as all of the fifty bookbenches were gathered together in Gordon Square, London, before they go on auction and onto the next chapter of their lives. Lots of people came out to see them in all their glory, on a perfect autumn afternoon. 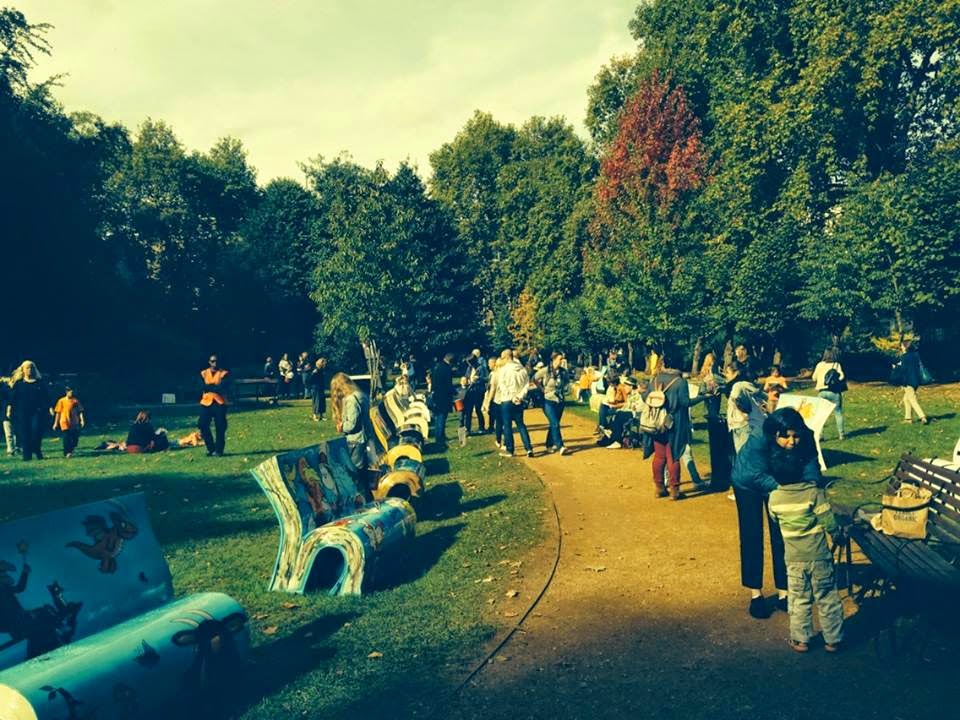 And, so, that's it. This evening they will all be auctioned of to raise much needed funds for the National Literacy Trust. 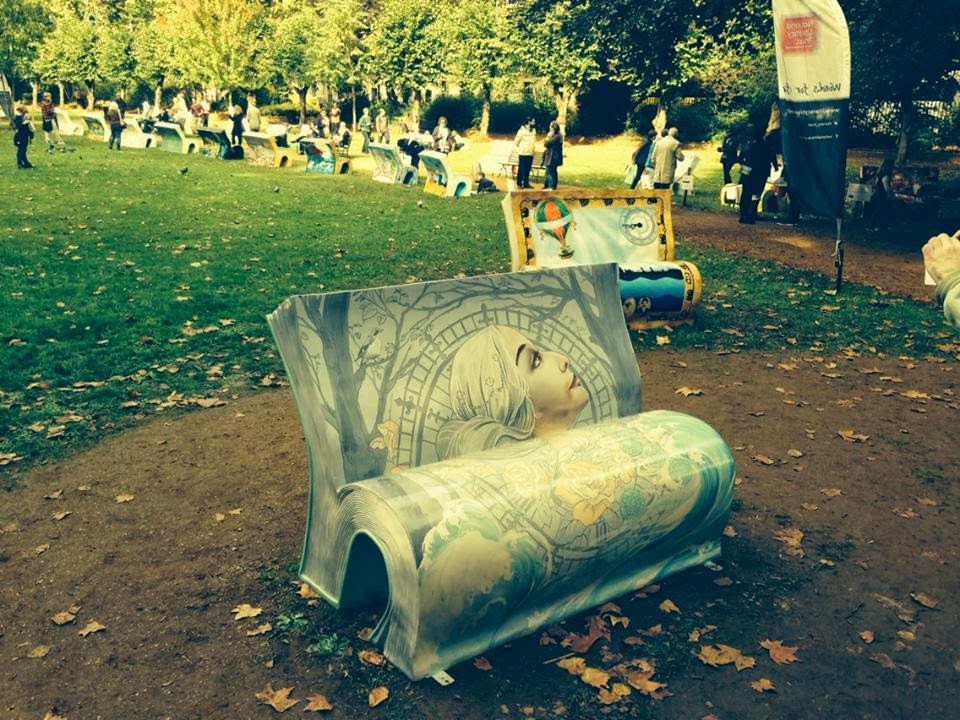 Unfortunately, I won't be able to make the auction, but I hope she goes to a good home. Bye Bye bookbench. 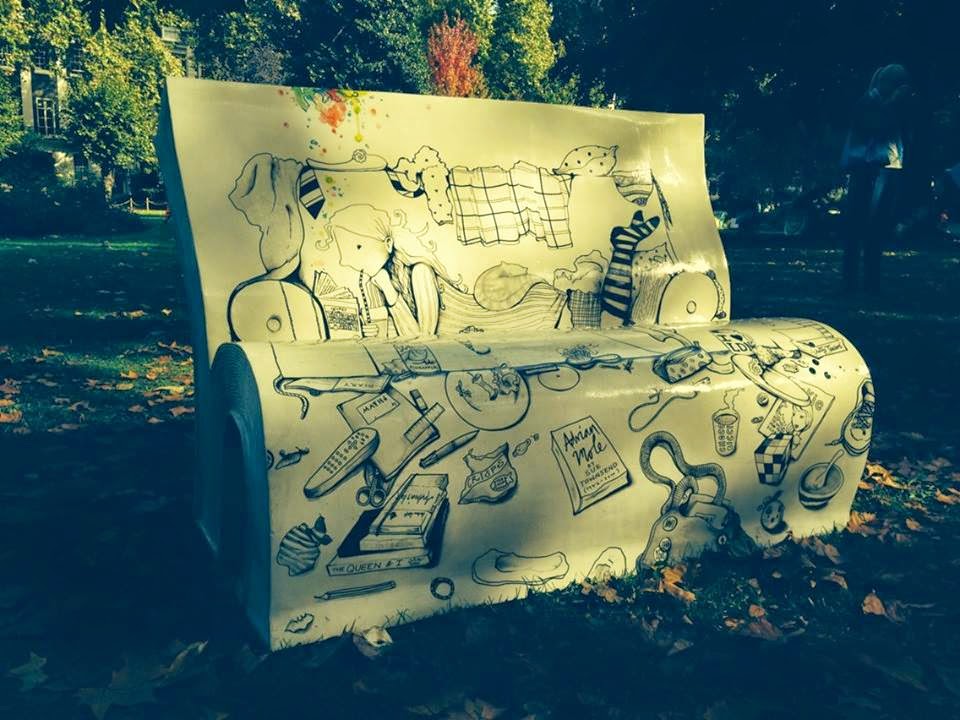 THE END
(or is it? Maybe, I'll get to visit her in her new home, where ever that may be)
Posted by andrea joseph's sketchblog at 12:30 AM

I like to think that Sue Townsend would have loved her, too.

What a lovely story. It's been fun watching the progress of your book bench. I hope it goes to a very appreciative home.

That touch of colour is genius. I think she is a magical bench. It would be really nice if you could visit her one day in her new home.

Your bench is stunning - I wish I could buy her! I hope she goes to a really good home and raises money for a fantastic cause.

Andrea, i've been enjoying the whole story as it unfolded. love all the pics you've posted along the way. wish i could have seen her in person, but your pics come close. hope she finds a happy home and is well loved for years and years ;)

I hope the bench girl is happy in her new home.