the ghosts of night, the dreams of day 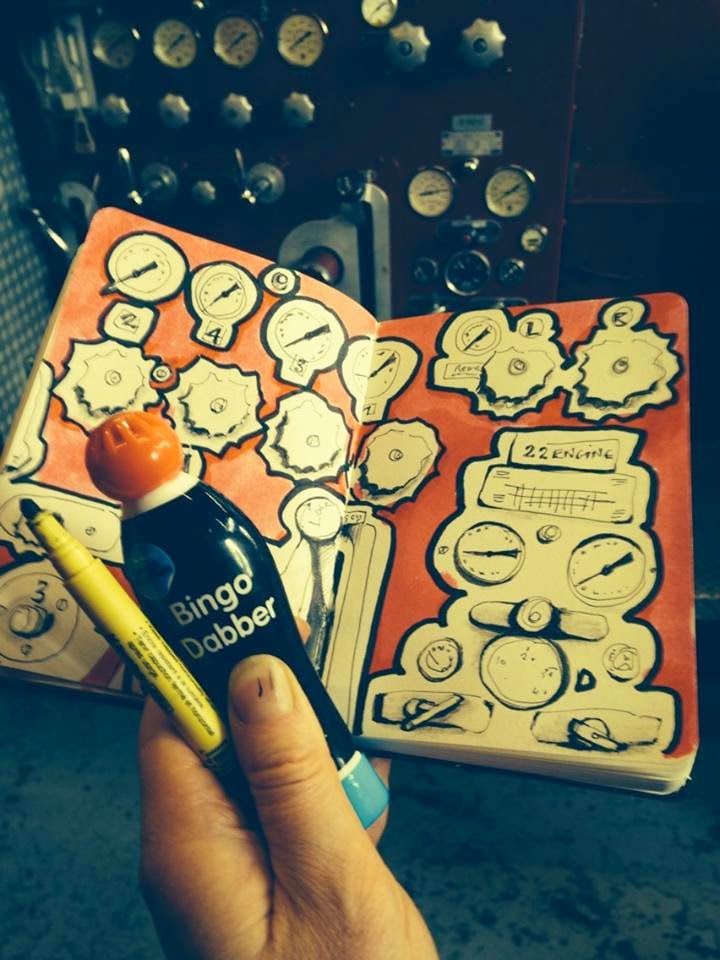 Had a lovely day yesterday, drawing for the love of drawing rather than for work. I always love catching up with Urban Sketchers Yorkshire, my sketchcrawling buddies, too. We spent the day at the National Emergency Vehicles Museum in Sheffield. It was right up my tree. Loved the subject matter. I could spend another day, or ten, there. And, maybe even a night; apparently there are many ghosts in this former police and fire station. If you believe in that sort of thing, of course. I don't but I'm willing to have my mind changed. 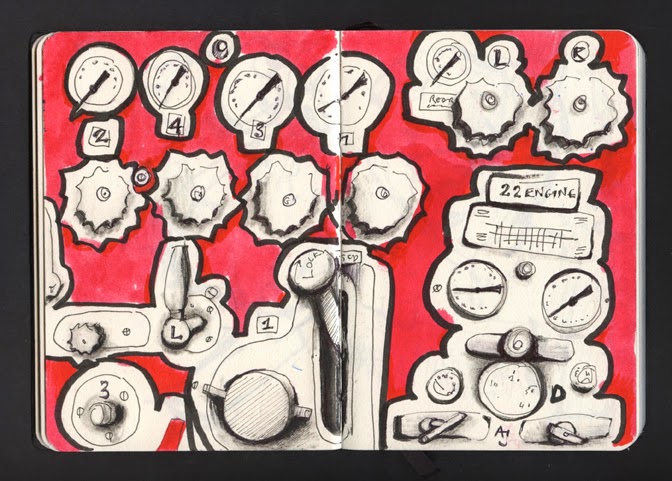 There was a very specific colour scheme too. Reds, blacks and a little yellow were the colours of the day. I managed to not take seventeen pencils cases, which is an achievement for me, and narrowed it down to just the three sketchbooks. I always try to take some tools that I wouldn't normally draw with at home. I try and play a bit more on sketchcrawls. It feels like the right place to do that as you often encounter subject matter you wouldn't normally choose to draw. The red Bingo dabber was an inspired choice of pens. 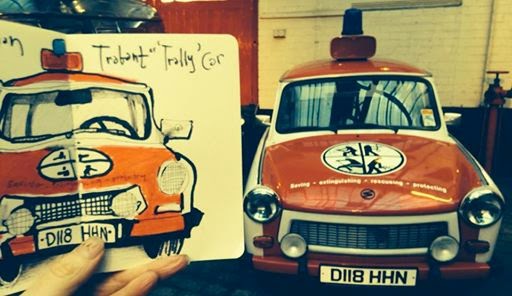 Here's something I've noticed during October, as I'm participating in Go Sober For October, I do a lot more with my weekends. It's much easier when you're not factoring in a 'big night' or a hangover. That's just another benefit to being sober; doing more stuff with your time. Just look at how my blogging has increased in the last month! 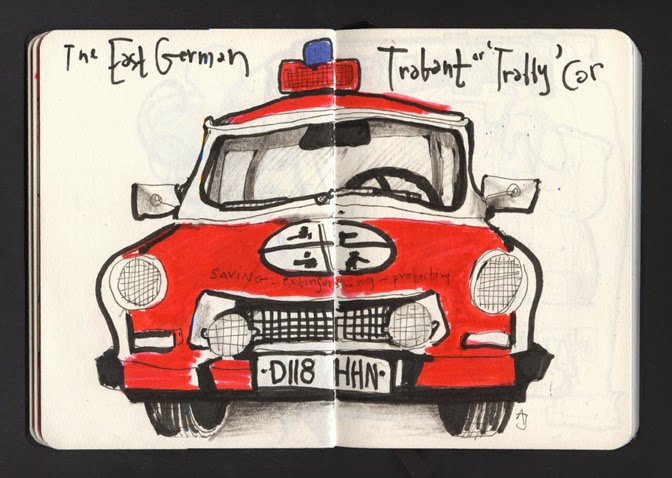 The museum holds a vast range of fire service related memorabilia that had previously been sitting in attics and local fire stations all over the county and amongst the exhibits were prisoner files from the last century. I found these the most fascinating of all, and below are my drawings of some of the mugshots from around the 1940s. It's funny how just by drawing somebody, spending that time studying someone, you can feel a real connection with them. I don't just want to now more about the faces I drew, I feel an empathy, sympathy, for them. Protective towards them even, like I knew them. I guess what I'm trying to say was that I was touched by them. Maybe I do believe in ghosts. 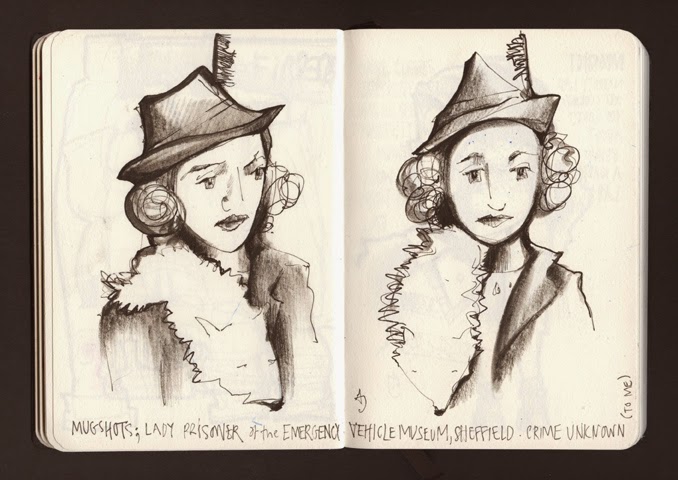 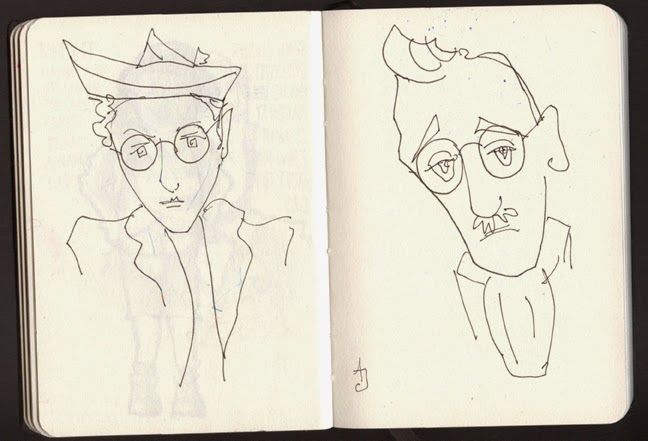 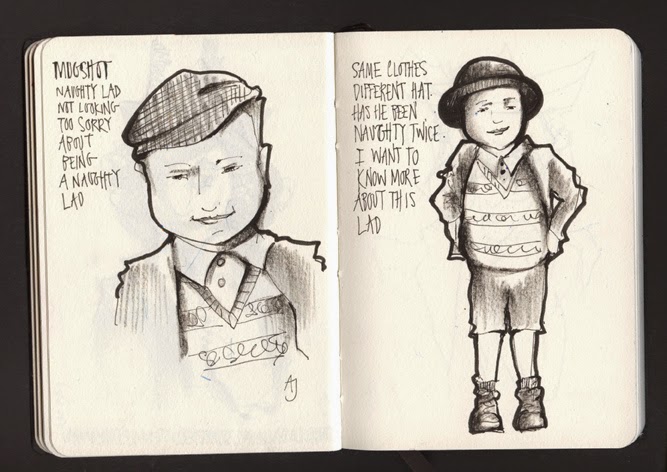 Love the one with all the gauges and knobs. Feel like I could almost reach out and pull that big lever.

What a lovely write-up of our day! Some really good sketches too. I thought it would be right up your street :-)

hey Andrea,
I have purchased your zines, and taken your wonderful klass in SBS 2 and love seeing what you're up to. I gave up drinking for 10 years while raising teen-agers....one think I noticed was the HUGE increase in reading in the evening and producing more artwork (it was sewing & photography during that decade).

Alas I am enjoying wine these days.....and going to bed earlier...I can always go SoBeR again anytime/month/decade....so glad you had a great sketch day with friends. Holly