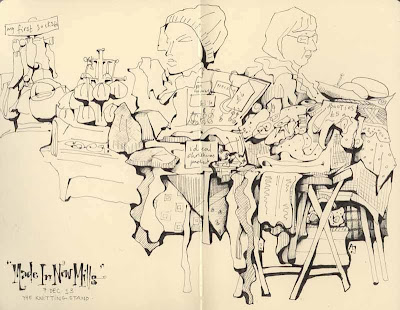 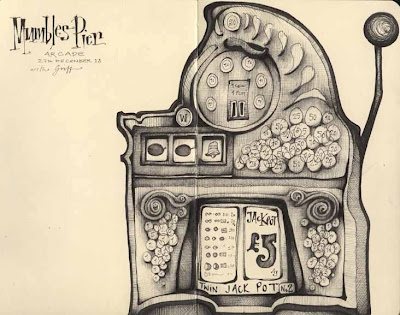 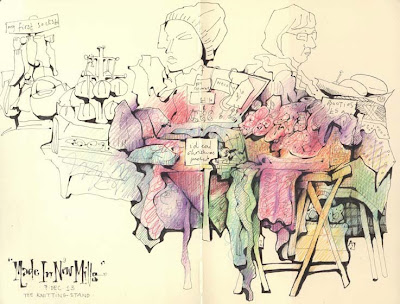 Today was probably the first day in the whole of December that I've not had anything pressing to do. Well, there's a whole list of things that need doing (sorting my poor broken car out, tax returns, cleaning, etc) but nothing that couldn't wait another day. So, I spent it doing exactly what I wanted to; nothing much. I didn't put any make up on, talk to anyone, go out of the house, hell, I didn't even get out of my pyjamas. Bliss. But I did do some drawing - well, colouring in. Oh, and blogging. Today, I finally blogged some new drawings. Hope you like them.
Posted by andrea joseph's sketchblog at 1:18 AM 6 comments:

I heard it in the wind last night 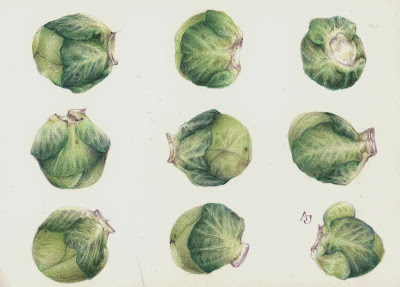 Merry Christmas and a Happy New Year, folks. My New Year's resolution is to stop neglecting my blog. Have a good one y'all. See you soon.
Posted by andrea joseph's sketchblog at 9:08 AM 2 comments: 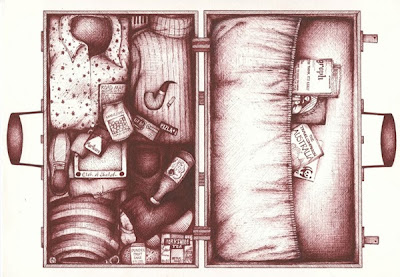