into the light of the dark black night 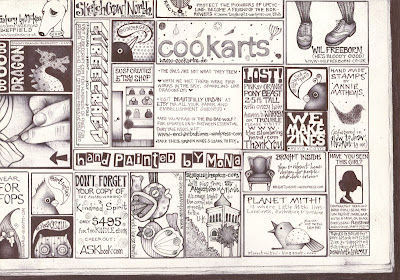 Here's the last of he classified ads that will feature in my next zine. You know, last year I made a post where I vowed to never ever launch a new zine before Christmas. I am such an idiot. I really am.

Plus, on the subject, I was going to list 'How To Draw Like A Loon' today but after consulting my part time manager/shop keeper/advisor, Tim, I was advised not to. It is currently at the printers and he suggested that I do not list it until I have it in my hands and it's ready to go. That way, I shouldn't be making future posts where I apologise for it being late. Like I usually do.

Labels: AJ, ballpoint, ballpoint zine, drawings, how to draw like a loon, zines

and any eye for detail 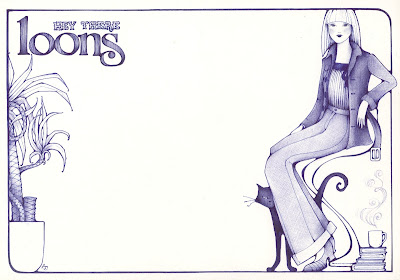 So loons, just a little note to say that I will be finally putting my new zine in my Etsy shop in the next couple of days. 'How To Draw like A Loon' is along the same lines as 'How To Draw Like A Nut' but with more pages. And, we know what more pages means; more drawings! I'll post the last of the classified ads tomorrow, too. 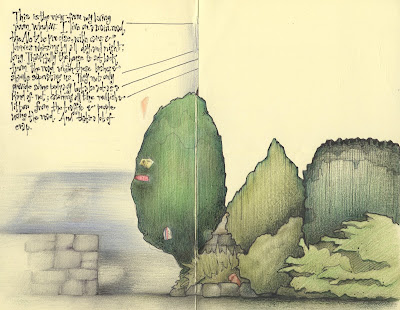 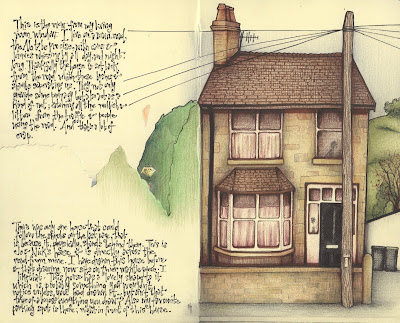 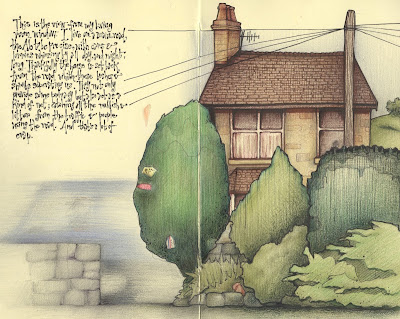 somewhere i can warm my bones 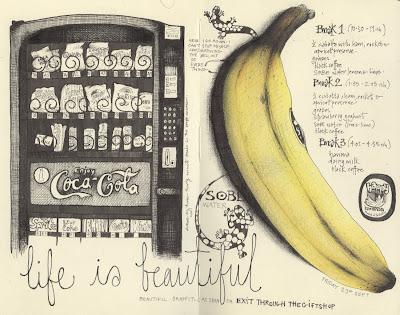 Have you ever noticed that it's not until you've uploaded a drawing, and viewed it on the screen, that you realise that it's not quite right? It needs something more. Something else. I posted the drawing above a little while ago, and as soon as I saw it on screen the banana screamed out 'colour me!'. My first concern should probably have been that a banana was screaming at me from computer screen but I could only agree with it. 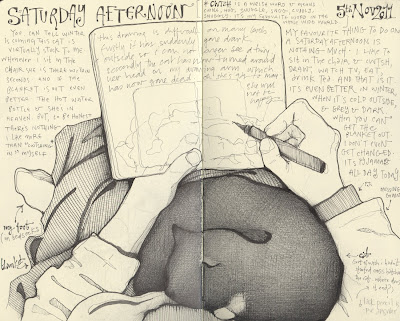 And above, some nonsense about how I like to spend my Saturdays; which is basically as lazy as is humanly possible. I think the words in the last sentence should probably have been in a different order, but hey ho. 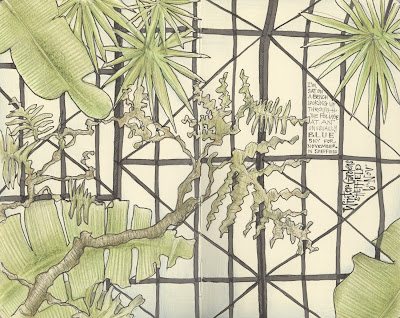 Sunday was a different story. Sunday saw the November sketch crawl for the Sketchcrawl North group. It started at Sheffield train station and then moved onto the Winter Gardens. I didn't get many drawings out of the day. Some bits and pieces on various journal spreads - which I'll post when the pages are finished - but towards the end of the afternoon I pulled this one (above) out of the bag.

You know, I'm never that bothered about not having much (drawing wise) to show from the day. I get so much more out of it than that. A few months ago I would never have thought I'd be enjoying sketching outdoors. With people! The idea horrified me, quite frankly. But, it's been a revelation. Sharing a day with people who love drawing as much as I do, chit chatting about pens, paper, techniques and all the other stuff your friends and family have no interest in and noseying in every one's elses sketchbooks at the end of the day is more than enough for me.

You can see some actual drawings from the day on our Facebook page HERE.

autumn blew it's leaves at me 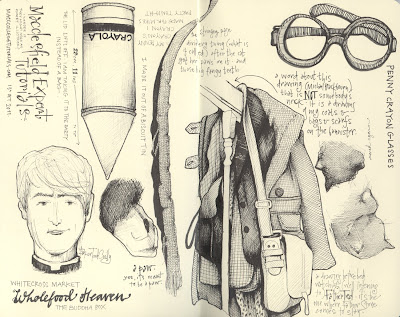 I seem to have powered through this latest Moleskine. I only have a few pages left and, yet, I only started it about four months ago. Some of my past Moleskines have taken that many years. I guess it's a sign of how much I have enjoyed this quicker, less laboured kind of drawing. 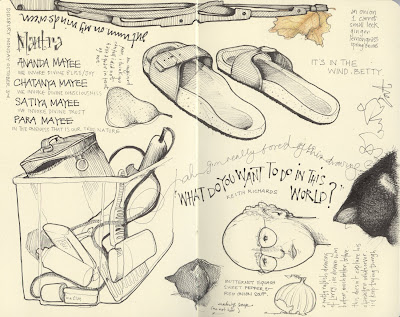 This book should be finished after the next sketchcrawl in Sheffield on Sunday. Anyone interested in joining the Sheffield and Wakefield sketchcrawl group get in touch and I'll pass on the details. Or take a look at our Facebook page.

I'm feeling a bit panicky that I don't yet have a new Moleskine waiting in the wings. I feel that some shopping is in order, because as winter draws in I'm hoping to hibernate and draw draw draw.
Posted by andrea joseph's sketchblog at 11:41 PM 12 comments: