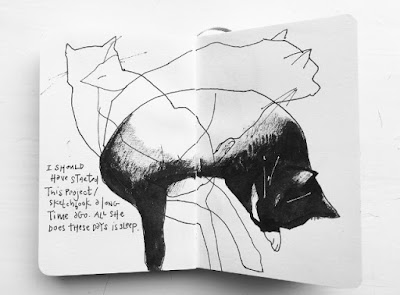 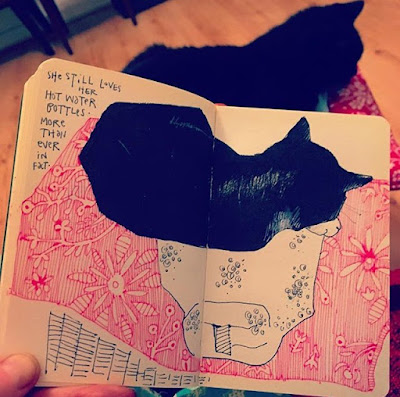 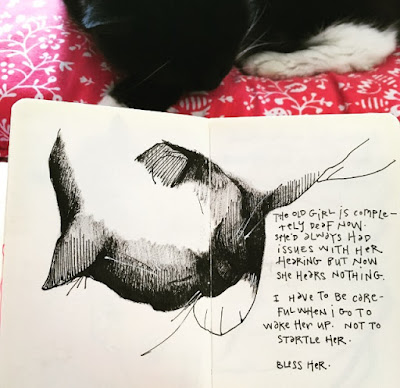 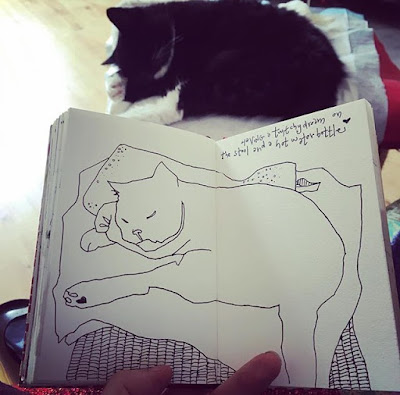 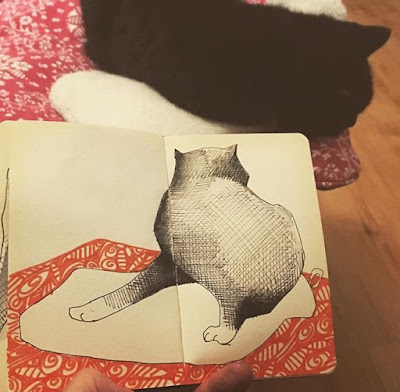 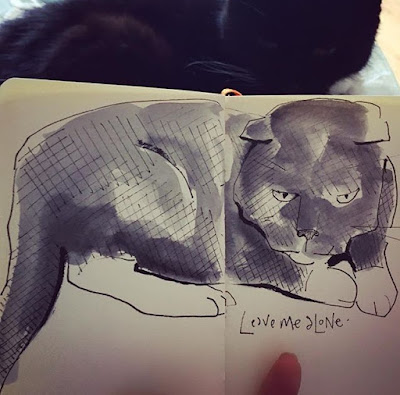 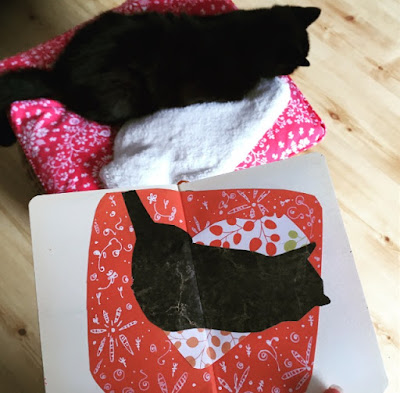 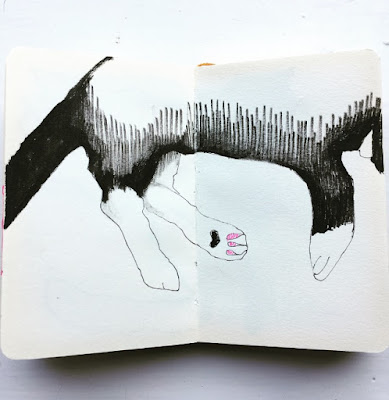 And, if you did follow the link to the project I did when she was a lot younger, it turns out that here daily routine wasn't that much different back then.
Posted by andrea joseph's sketchblog at 12:30 PM 3 comments: 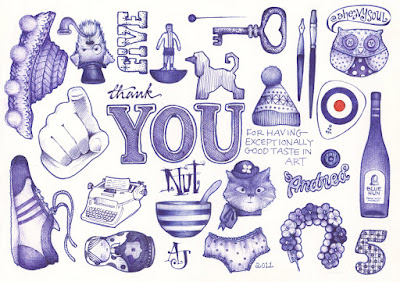 Just wanted to say a quick Thank You to everyone who has bought from my shop recently. And, actually, not so recently. A Thank You to any one who has bought from my shop ever. I guess I don't say it often enough, but I really really appreciate it. It is the difference between me drawing for a living and not.
All the recent orders are now in the mail/post.
Thank you thank you thank you.