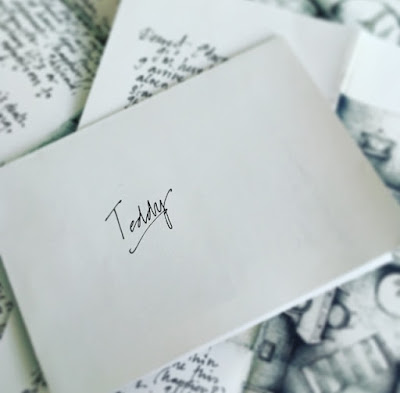 I am brimming over with creative ideas right now. Here's another one that I'm bringing to life. I have no idea if it'll work but I'm going to give it a shot. 'Teddy' is the first in a series of letters, each one is a little piece of flash fiction. But, this is flash fiction graphic novel style. Yes, (I've just realised that) I've created a whole new genre. 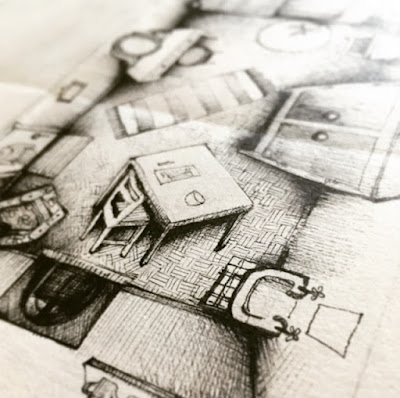 The thing that excites me about this idea is (hopefully) how it will unfold in front of me. Now, I am pretty sure that this is not the correct way to go about writing a story, but, I've been creating stories in this way for a couple of years in my Drink & Draw series. In these events, through models, poses and props, I tell a story for sketchers to draw. These stories always unfold, change and take unexpected twists as each model brings their own thing to it, plus poses may need to be cut, on the night, because of timing, that kind of thing. The changes then inform what happens in the next episode. 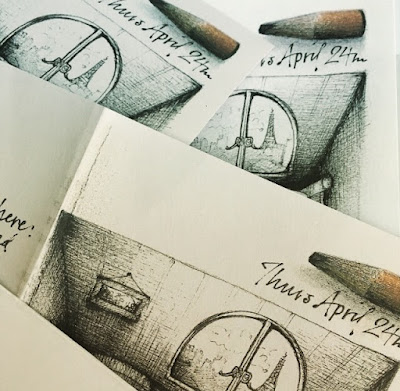 I recently read the Stephen King book 'On Writing', in which he described how a story should take you on the journey, rather than the other way around. I completely relate to that, it is actually the way I used to build my big drawings too. I'd let them tell me what to do next. I love the idea that a story has it's own life and you're just there to get it on paper. It would be a dull process if it wasn't that way, I think. 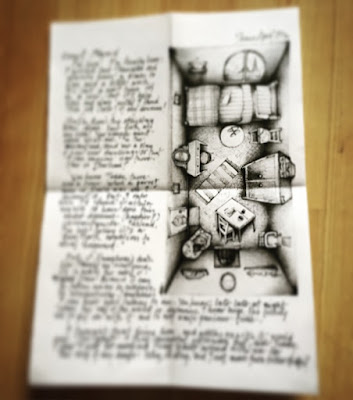 Now I'm not sure he'd recommend putting your first bit of the story out there before anything else has been written, but I'm experimenting here. During the time I was creating this letter all sorts of ideas about who the letter was from and who it was too came up. I think I always knew these characters but during this process I got to know them a lot better. And so, the next letter kind of wrote itself. 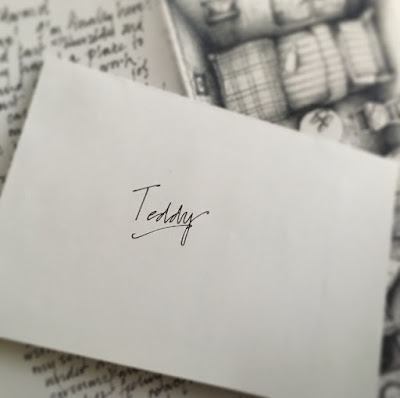 Anyway, enough talk. 'Teddy' is available HERE.
Thanks for calling by my blog.
Posted by andrea joseph's sketchblog at 12:55 PM