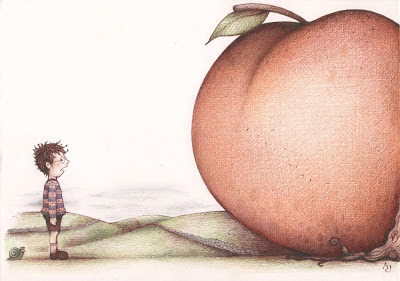 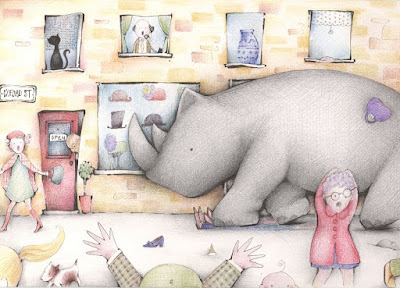 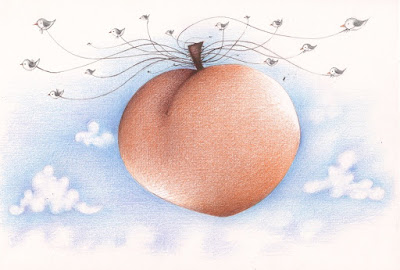 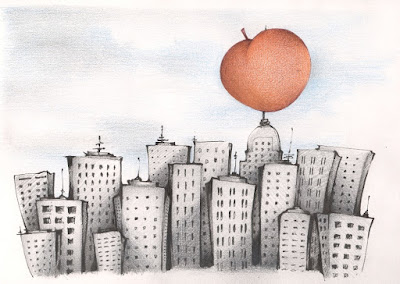 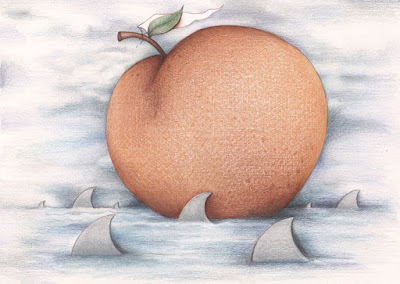 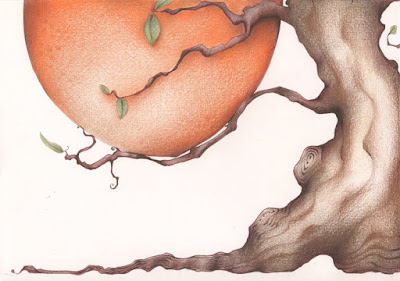 (By the way, Matilda won the poll. But obviously everyone was wrong)
Posted by andrea joseph's sketchblog at 11:04 AM

Your illustrations are beautiful! The gentle colours give them a wonderfully dreamy feel! I'd love to see what you'd do with the Witches (which should have just pipped Matilda to the top! ).

I'd have voted for Danny, too.Last reading of that old fave was when I was in my 50s.And now I'll have to read it again, along with some of his gritty, spooky "adult" ones.

Congratulations. I'm partial to your illustrations. Did not know he wrote for adults. Thanks.

These are so lovely! You really got the texture of a peach, too!
I agree, 'Danny, Champion of the World' is the best.